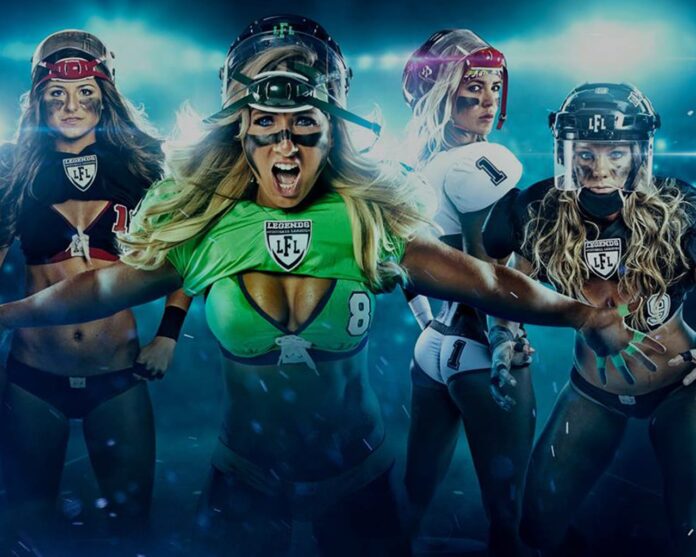 It’s no secret that Americans love football. NFL supporters have a deeply entrenched love for their teams- some even consider their teams’ love as a religion. The case is also the same further north in Canada as American Football, Click here to know more about the news about the team that has a huge fan base.

A good number of men also love the idea of bringing together football and beautiful women dressed scantily on the field. That’s the idea that Mitchell S. Mortaza decided to introduce to the football scene in 2009 when he launched the Lingerie Football league. Since its inception, the LFL has continued gaining popularity, bringing together female footballers from Canada, Australia, and the United States.

The first top player on the list is none other than Alex Drake. Alex has been in competitive sports for quite a while now, and she has only gotten better at it over time. Drake is a very muscular athlete weighing 158 pounds and is 5’9 tall, which is the perfect physique for her defensive position. She also has an impressive record on the field as she ran one touchdown in the last season, attempted 51 passes, and completed 155 yards.
Apart from her exploits in the field, the 24-year-old is also a beauty. If you want to check her out more, you can follow her Instagram page to view her modeling pictures in sexy outfits and more. However, her Facebook page is where she’s most active, releasing new videos and pictures regularly.

Ogum Chijindu has nicknamed herself the “Nigerian Knockout,” and one look at her will tell you why. She weighs 135 pounds, and her physique will please anyone with an eye for beauty. As such, Ogum is a force to be reckoned with inside and outside the field.
Due to her athleticism and flexibility, Ogum can play different positions, but she is most comfortable as a running back. Even better, Ogum is a game-changer thanks to her creativity in the field.

You can view more of this beauty by following her on Twitter, where she regularly posts her pictures. People also run Tumblr feeds with pictures of Ogum, so you can also check these out. Ogum stands out from the crowd, whether she dons lingerie, a dress, or football gear.

One of the greatest attributes which set Quincy Hewitt apart is her physical fitness. Most Legends Football League players are indeed fit, but Quincy is in a class of her own as far as fitness is concerned. Her fitness is beneficial since she holds a cornerback position for the Los Angeles Temptation.

In the last season, the 29-year-old made two appearances. Apart from the field, you can also have a glimpse at the hot league player on her Instagram page, and you will not be disappointed for the photos are lit. You can see her stretching, working out, or just hanging out with her buddies. There are pictures in there where she is in a bikini too!

Kimm Chase makes it on the list of top lingerie football players today because she has the perfect combination to be a sporting beauty. She is not only very athletic but also fun and extremely sexy. She is an effective offensive line player and a fun character while on or off the pitch. Besides, she likes playing slots at Casinosterson. Online gambling is her hobby.

The Seattle Mist tight-end is 5’10 and weighs 150 pounds, giving her the perfect physique for her role. In the last season, she made four full game appearances for the Seattle Mist team, where she had an impressive performance. She managed to get five assists in tackles, five solo tackles, and a fumble. She is very active on Instagram, which is good news for fans who can’t seem to get enough of her beauty.

Cynthia Schmidt is a force to reckon with in the lingerie football league when it comes to fitness. Her abs and legs are quite admirable, and as a result, she has represented the league in several ads. Fortunately, she has more than her beautiful body to offer the league as she’s also a very good player.

The wide receiver dons the number 18 jersey for her team, with her competitive spirit being every in every game she plays. The 30-year old got hooked to Legends Football League when she watched a match at her friend’s house on T.V, and she never looked back. Today, Cynthia weighs 145 pounds and is 5’10.

Last season, Cynthia made a three-game appearance for her team, and her career is expected to keep rising in the coming years. Check out her Instagram page, where she often posts her pictures and videos while training or chilling out with her friends.

Deena Fagiano is 26, but her relative youth has not stopped her from achieving a lot, especially in the sporting world. This sporting beauty is 5’8 tall and weighs 145 pounds, giving her a good body to adorn the Chicago Bliss number 5 jersey. The Chicago Bliss tight-end always had an interest in sports since her earlier days, and her passion saw her become the captain of several teams. That includes the flag football team, varsity track team, and cheerleading team.

Her weight and height make her very well adaptable to her position. She is very powerful, and opponents usually have a hard time passing her. She is very energetic as well as charismatic. She is also featured prominently in advertisements for the Legends Football League thanks to her beauty and personality. You can get to see more of Deena on her Instagram page.

Another very talented yet beautiful Legend League Football player is Adrian Purnell. She wears jersey number 3 for the Atlanta Steam and is a very gifted player. She is magnificent in both the offensive and defensive positions, having a significant impact on the game when she is on the field. To see more of this stunning beauty, check her Facebook page, which is packed with amazing pictures no matter the outfit she adorns.