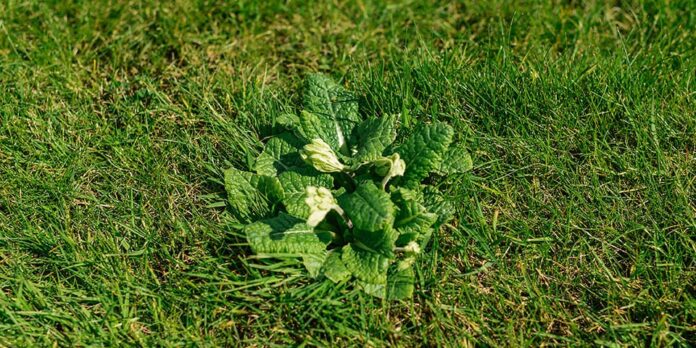 You might be considering transforming one part of your yard into a moss garden maybe because you have gotten some information that it offers ground cover for paving stones and under trees.

Interesting Read – What Are Javelinas And How To Cope With Them

How To Get Rid Of Weed And Not Moss

Most times, moss tends to grow in areas with lots of shade and on the other hand, weeds require lots of sunlight for them to be able to grow.

To be honest, weeds and moss growing together isn’t really a problem and it is quite easy to pull out the weed from the ground using the hands but the areas of your garden which you might be neglect might get overrun by weeds easily.

Fortunately for all gardeners, there are products that are safe on moss that they can make use of when it comes to controlling the way weed grows in their garden.

Mosses are bryophytes in nature and what this simply means is that they do not have any true stems, roots and leaves and unlike in other plants, moss do not make use of a vascular system in taking up water and nutrients. They make directly absorb what they need right into their plant bodies.

All of these traits make it easy for gardeners to make use of weed killers around them because they would not harm the mosses in return. Gardeners can also make use of herbicides in eliminating weeds that grow around moss but these herbicides must contain glyphosate.

Glyphosate eliminates broadleaf plants and grasses when it is applied on the leaves of growing plants and it gets absorbed through the leaves, therefore, traveling right through the vascular system of a plant-killing off its roots, stems, and leaves.

Moss does not have a vascular system and this explains why glyphosate only kills weeds and not moss. You can also make use of systemic broadleaf killers like 2,4-D in getting rid of weeds and not moss and you can make use of cardboard in covering moss if you are worried about them getting discolored by herbicides.

When covering the moss with cardboard, always make sure that the stems of weeds and also some new plants are exposed for the weed killer to penetrate and do its job.

Today, we have pre-emergence treatments that contain trifluralin and corn gluten that are effective in preventing g seed germination and this is one treatment that is highly recommended for use in areas where weeds tend to grow around moss plants.

However, one thing you should also know about the pre-emergence treatment is that they are not so effective when it comes to eliminating weed from moss but what it does exactly is to make sure that new weed plants do not grow or sprout.

Making use of pre-emergence herbicides would require constant reapplication for about four to six weeks when it is the weed germination season and you rest assured that this herbicide would not cause any harm to the moss that has already been existing in the garden.

Disturbing the ground either by digging or planting would also counter the effects of this product therefore causing you to reapply them again. Wearing protective gloves and clothes is also important when applying any of the pre-emergence treatments.

Information found on the manufacturer’s label should also be followed as well while all empty containers should be properly disposed of.