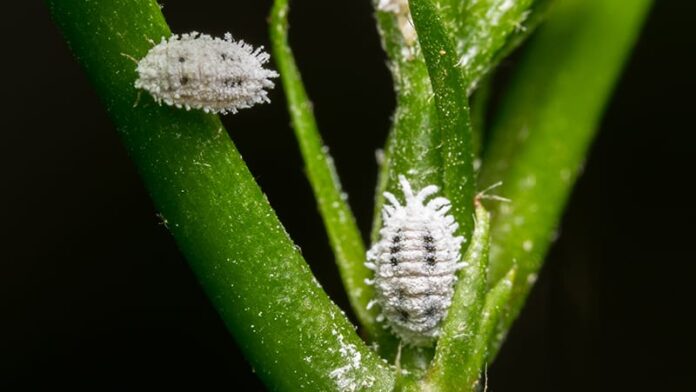 Have you ever gone outside and notice that your plant leaves are actually covered with dark speckles and spots?

The first thought that probably comes to your mind is that probably it must be a fungal attack but when you got closer to take a better look you realize that there are some segmented waxy bugs and cottony materials on the leaves.

Well, what you have right there is a mealybug and in this article, we would be showing you how to control mealybugs outdoors so your garden would not be overrun by it.

Interesting Post – How To Identify Bugs In The Garden

How To Identify Mealybugs In Your Garden

Sucking and piercing members of the insect super family Coccoidea are the mealybugs and they are known to commonly attack houseplants. They are also capable of affecting the growth of plants in your garden and they also have a varying range in size which is dependent on species and maturity level.

When they attack an outdoor plant, these bugs tend to live in colonies and when laying eggs, the female mealybugs always have this cotton patches appearance. The adult mealybugs are not seen always and they also have two wings.

The mealybugs that are just hatched are pinkish or yellowish in color and they are more mobile than the adult mealybugs and also the nymph stages. The effect of mealybugs in your garden is that they limit the vigor of your plants and this is a bigger problem when they suck sap from stems and leaves in large populations.

Mealybugs also tend to secrete sugary excrement known as honeydew when they feed on a plant and it results in a sooty mold fungus developing on the honeydew.

The effect of all these on plants as well is that it cuts down the ability of these plants to carry out photosynthesis and this in turn causes these leaves to fall off and die.

How To Control Mealybugs Outdoors

Based on their seclusive nature and waxy coating, mealybugs somehow find a way to repel insecticide when it is used on them but in some cases, neem oil can also try to help. Controlling outdoor mealybugs can be best achieved just by inviting into your garden their natural predators.

This makes controlling these bugs outdoor quite easier than controlling them when they feed on indoor greenhouses and houseplants. Listed below are some of the enemies that mealybugs have;

Finally, the release or encouraging of beneficial insects combined with the use of cultural practices would greatly cut down on the population of mealybugs in your garden.