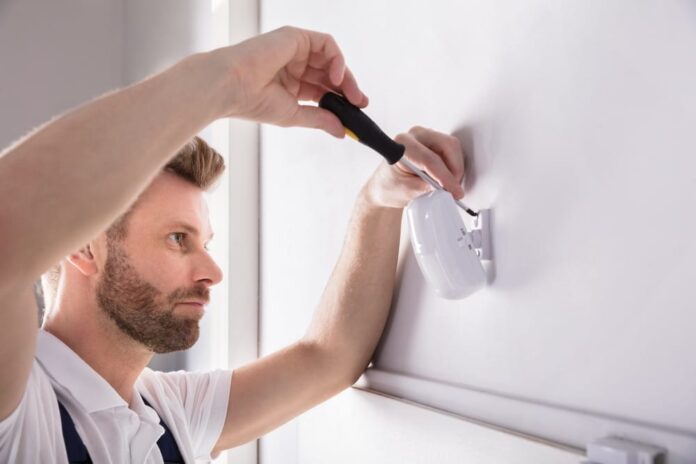 Mention home surveillance by way of a security system and most people will think video cameras. After all, isn’t that the best way to conduct surveillance? Perhaps. But a new home security company exhibiting at the 2023 Consumer Electronic Show (CES) has a different way to surveil the home without cameras. Their system relies only on wi-fi signals.

The Hex Home system is not yet available to consumers. It is also not clear when it will be. Suffice it to say that it may take some convincing before customers are willing to give up wireless video cameras in favor of a package that recognizes movement by measuring wi-fi signals in the home.

For the record, motion sensors have been around for decades. Both wired and wireless security systems have utilized them since their inception. This is to say that video cameras are not absolutely necessary to secure a home against unauthorized intrusion. But video cameras offer something traditional that wi-fi-based motion sensors do not: images.

Hex Home is not revealing all of the details about how their system works. In a nutshell, it utilizes the wi-fi signals already moving around a home to detect movement. An educated guess suggests the system works a lot like radar or sonar.

A radar system detects aircraft by transmitting radio waves and measuring them as these are reflected back. Wave reflection can be used to determine object size, direction of motion, speed, etc. Sonar works the same way, using sound waves under water. It is assumed that wi-fi-based motion detectors are based on a similar principle.

In today’s wireless world, nearly every home in America is awash in wi-fi signals. All of those signals are bouncing around just waiting to be measured. Moreover, they can be interrupted by movement. Wi-fi-based movement detectors do just that. They measure wi-fi signals and monitor for interruptions that are likely caused by movement.

The big question is why anyone would want wi-fi-based movement sensors instead of wireless video cameras. In a word, coverage. Cameras have limited coverage by their very nature. You can only see what is in a camera’s field of vision. Any movement outside that field remains undetected.

A wi-fi-based motion sensor can pick up motion anywhere in the home. There are no blind spots. Even walls are not a problem. With a strong enough signal, you can monitor every inch of your home without any worries of insufficient coverage.

As good as that might sound, there are drawbacks to this sort of thing. All are related to the inherent limits of non-video surveillance. All you can do with a wi-fi-based motion system is monitor for movement. That’s it.

Video cameras offer a lot of advantages over motion sensors. First and foremost is the ability to monitor images in real time. Let’s say you have a Vivint home security system with several video cameras positioned strategically around your home. The minute an alert is sounded, you can bring up the affected camera to see what is unfolding.

Real-time images can mean the difference between identifying a genuine emergency and discovering a false alarm. In the event there is an emergency that could endanger occupants of the home, real-time video affords an opportunity to warn those at risk. None of this is possible with sensors that only detect motion.

Wi-fi-based motion sensors are good idea with a lot to offer the home security space. No doubt they will catch on very quickly. But alone, they are limited in what they offer. Combine them with traditional video cameras and you have a better security system with more complete coverage.

Speaking of complete coverage, the secret to maximizing video cameras is to place them correctly. Simply put, your coverage is only as good as your placement. Improving coverage is all about locating the best views and installing cameras accordingly.

You might eventually rely on wi-fi-based motion sensors to maximize the protection your security system offers. As for your cameras, place them in locations that are optimal for both deterrence and evidence gathering. A video camera pointed at your front door is a great example.

Indoors, a camera providing a clear view of the master bedroom door monitors the one room burglars target most often. If a burglar sees a camera in the hallway when approaching the master bedroom, they must face the fact that their chances of being identified just went way up.

The effectiveness of video cameras notwithstanding, wi-fi-based motion detectors have arrived. They are the latest technology to make it to the home security scene. Time will tell if they prove to be as popular as some expect they will.