Sports betting was once exclusively restricted to Las Vegas and shady offshore companies, but that’s no longer the case. Despite several measures to regulate the industry, many more states continue to allow sports betting.

The popularity of sports betting is also beginning to grow. Previously whispered conversations are now freely discussed. Even extensive sports networks have programs that often discuss betting. Sports bettors are enjoying a golden era, and even those who are new to the sport have a level playing field.

In jurisdictions where gambling is legal, retail sportsbooks and betting applications keep coming out. As a result, legal sportsbooks are widely available both online and on mobile devices.

Sports betting initially appears a little complicated, but it becomes much less alien as you have more practice.

This guide intends to shorten your learning curve significantly. Let’s start with the fundamentals.

What is sports betting? 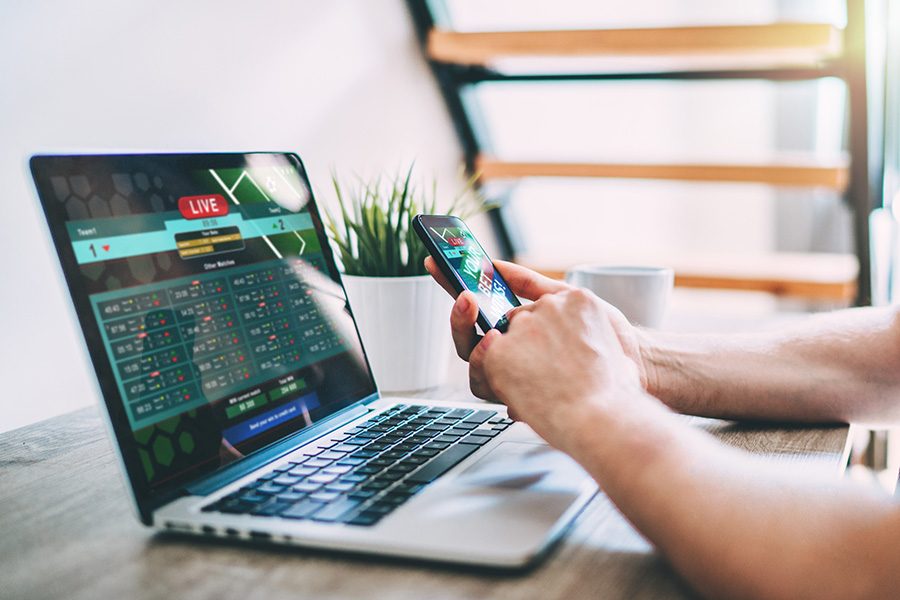 The main focus of sports betting is placing bets on a game’s or event’s outcome. Bettors try to predict the outcomes and offer their best opinion on what will happen. Most often, gamblers use a sportsbook. The oddsmakers establish the lines or odds for the wagers that are offered at the various bookmakers.

In essence, the odds represent the probability that a specific occurrence will happen. Additionally, they highlight the possible payout for winners. Sportsbooks provide a variety of marketplaces. You can place bets on a wide range of sports, from popular ones like NBA and NFL to more specialized ones like cricket and rugby. The same approach applies even to other sorts of betting.

The basic wager is selecting the winning team. There are, however, a lot of different wagering options and variables to take into account.

If you are into college football betting, there are so many helpful tips and strategies to learn from thesportsgeek.com and other top sites, but there are the basic terminologies you’ll also need to get acquainted with. These are terms you are likely to come face to face with everyday.

The point spread, rotation number, the total, and the moneyline are the four main statistics you should pay attention to when placing a football wager.

Rotation number: You will notice a 3-digit number in front of the club name; that is the rotation number. Instead of using team names, ticket sellers use numbers. They rely on that rotation number to clear any confusion with the bettor. Learn the game’s rotation number if you plan to wager on it.

Point Spread: The favorite will be indicated with a negative sign in front of the point spread while viewing the odds board. The margin of victory needed by that team to cover the spread is that many points. The other team, the underdog, will not have a number shown because it is assumed that they will receive the same number of points. It is still possible if the underdog loses by fewer points than they are awarded.

The total: You can place a bet on either how many points will be scored in total by both sides throughout the game, “over” or “under.”

A negative sign is shown in front of the favorite’s number on a $100 scale, while a plus sign is put in front of the underdog’s number. When you wager on the moneyline, all your team needs to do is win. There are no point differentials.

The main leveler is the point differential. Who would want to wager on a football match between the league’s best and worst teams? Give the underdogs a 20-point lead, and the result becomes much more intriguing. A team must win the game by a specific number of points in order to cover the point spread when betting on the favorite. As long as the margin of defeat is not more than the posted figure, betting for the underdog with the point spread allows that team to lose the game.

You are placing a bet on the total number of points each team will score throughout the game. The range of college football totals is from the upper 30s to the low 80s. The totals in pro football are far more consistent. The average pro football total is in the mid- to upper 40s. You bet on whether the total number of points scored by both sides throughout the game will fall “over” or “under” that figure.

8 Super Fun Sports to Play on the Ice

Who Are The Wealthiest LFL Athletes in 2022