Since recent years, the demand for organic food has been on the rise. Because of several reasons, people are showing more interest in buying organically grown vegetables and fruits. For example, organic food produce is safe, fresh, and relatively free from pesticides.

In addition to that, parents have started to wonder about organic food for babies. As organic food is considered safe and healthy by several experts, parents are thinking about whether it is also safe for babies or not. In this article, we will look at the effects of organic food on babies.

Food generated, cooked, and filtered without chemicals is organic food. It indicates that chemical pesticides, fertilizers, and preservatives are not permitted in the production of organic food. As a result, organic foods are developing in popularity as massive people are interested in learning more about their advantages. A specialized MyOrganicCompany store and their professional team will help you to learn about all advantages of golden standard organic baby foods.

Several people believe that organic food is healthier than regular food, which is one of the main reasons for its popularity over the last decade. If you want, you can visit organicsbestshop.com in order to shop for organic baby food products. There, you can find organic baby foods that are certified, free from added sweeteners, and are GMO-free.

Why Is It Recommended To Feed Organic Baby Food?

In theory, organic baby food appears to be an excellent alternative for deterring a kid’s initial exposure to pesticides, chemicals, and preservatives. But, experts believe that substantial research is still needed to verify the true impact of organic food on a child’s developing immunity.

Several health experts think of organic baby food as a safer option than non-organic baby food. Numerous health specialists feel that limiting a baby’s early exposure to chemicals, pesticides, and other pollutants in foods can aid in the development of a robust immune system.

If the child is exposed to food that contains plenty of pesticides, the baby might suffer from various health hazards, including the possibility of neurodevelopmental impairment. Restricting the exposure to relatively harmful chemicals during their sensitive and vital stage of a child’s development will surely help them in later life.

Besides that, organic foods’ manufacturing and cultivation techniques are favorable for the environment. They also obey the eco-friendly concept of food and cleanliness. Due to its high labor production procedure, organic baby food might seem to be costlier than regular or non-organic baby food.

However, keep in mind that organic food can significantly minimize a baby’s exposure to harmful substances at the most vulnerable stage of the child’s development and growth. In addition to that, it is also crucial to be attentive while choosing foods and ensure that they have certified organic labels.

The US Department of Agriculture recommends buying products with a “certified organic label.” It is because labels with phrases like “natural” or “free-range” might not be 100% organic food. FSSAI, the country’s food regulator, has also created stringent criteria and laws to differentiate organic and non-organic foods.

FSSAI stated that organic food products thrive under a system of agriculture that does not use chemical fertilizers and pesticides. In addition to that, organic food is also created from organically generated raw materials. It further notes that the draft regulation makes it mandatory for organic food labeling to provide extensive and valid data about the organic status of the food.

Here are a few benefits of picking organic food for babies:

Organic infant food is a safe option due to the lack of chemical exposure. Toxins in chemicals can result in a variety of issues, including health problems that affect growth rate, brain development, and all-around health.

2. There are fewer herbicides and pesticides in organic foods

Because infants’ immune system is still developing, they are more susceptible to the toxins found in genetically engineered nutrition. Non-organic foods pose a significant risk to the health of infants. As babies are much lighter and small, they are highly exposed to contaminants than grown-ups.

As per the reports of a nutritional study, kids aged two years, who ate entirely organic dairy food had fewer occurrences of eczema and wheezing. As several kids are diagnosed with asthma, it is becoming increasingly crucial.

Because there is a direct link between nutrition and disease, consuming organic baby food helps reduce the risk of depression, ADD, and concentration issues in children.

5. Organic food is always in season and fresh

Several supermarket-sold packaged goods that are not fresh have an elevated quantity of preservatives. Preservatives have been linked to some health issues in kids, such as hyperactivity. Fresh organic food contains a higher concentration of vital nutrients and gives decent nutrition for babies.

Chemicals are sprinkled on non-organic foods. These chemicals are supposed to remain on the plant and leaves. However, during a downpour, some amount of chemicals will wash away and get into the surrounding soil and groundwater. As a result, they pose a threat to wildlife.

7. Organic food has a better taste

Keeping aside the health benefits, organic foods indeed have a better taste. Due to that, there is a chance that kids will eat a considerable amount of food.

8. Organic food does not contain GMOs

The majority of food is converted inside the body to develop organs and tissues, which has a direct impact on the pattern and function of growing bodies. No parents want to feed their children tainted food as the baby’s immune system may become weak. 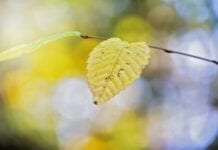 How To Use Ascorbic Acid In Absorbing Chlorine – 2022 Guide