Ben Simmons’ time in Philadelphia is set to come to an end after he informed 76ers brass that he no longer wants to be a member of the franchise and intends to skip training camp.

The Australian point guard was expected to be moved on after a disappointing showing in the postseason that saw the one seed Sixers eliminated in the second round by the Atlanta Hawks.

Simmons’ offensive deficiencies were exposed more than had been at any point of his career thus far and the memory of him passing up a wide open dunk to dish the ball to Tobias Harris is tough to wipe away.

The 25-year-old has spent the first four seasons of his career in Philadelphia but it appears more than likely that he has played his final game for the franchise. The experiment between he and Joel Embiid, which has long had questions surrounding their fit, now looks to come to an end with those who doubted them as a duo that can win a championship now validated for their opinion.

What’s next for Simmons remains to be seen with it being unclear what his trade value truly is. Most would think his stock is at an all-time low after his playoff no-show, but Sixers GM Daryl Morey is holding out for a mega haul stacked with assets, similar to the James Harden trade, in return for the 2016 first overall pick.

If speculation is to be believed, Morey is still hoping to prize Damian Lillard away from Portland in any Simmons deal but Lillard would almost certainly have to formally request a trade for the Trail Blazers to even consider moving their franchise player.

If you want to bet on Simmons’ next team then you should be sure to check out Max Free Bets first. They are your one-stop resource for all of the best betting offers and free bets from the UK’s best betting sites, online bookmakers and betting apps. Max Free Bets will always give you the best value when betting online.

Continue on to learn the teams who are currently favoured most heavily to land Simmons from Philly in a trade.

As previously mentioned, the Portland Trail Blazers are the Sixers’ dream team to deal with in any Simmons trade and the oddsmakers currently list them as the favourite to get him. Who would go back in exchange will come down to a game of leverage, which at this moment in time would side with Portland. Philadelphia has the distressed asset in Simmons and at this moment in time a deal would likely centre around CJ McCollum as the Sixers look to get a creative, scoring guard that can fit alongside Embiid. However, a Lillard trade request could completely flip the battle for leverage on its head and could lead to Simmons plus assets including draft picks, Tyrese Maxey and/or Matisse Thybulle being enough to land a trade. The Philadelphia-Portland situation is an extremely intriguing one and although Simmons is reportedly not keen on a move to Oregon it could well be out of his hands.

The Toronto Raptors are somewhat surprisingly the second favourites to seal a deal for Simmons at this moment in time. It was a disappointing season last time around for the NBA’s Canadian representatives as they failed to reach the Playoffs after finishing 12th in the Eastern Conference. Relocating to Tampa for the year can’t have helped the team but they will be returning to Canada with a fresh start and without Kyle Lowry, who departed for Miami. Adding number four pick Scottie Barnes, there is now the feeling that they could look to move on from Pascal Siakam and he would almost certainly be included in the deal that would see him partner up with his Cameroonian counterpart Embiid. Masai Ujiri is regarded by many as the best GM in the NBA and the opportunity to resurrect Simmons’ career could be a tantalising prospect for him and coach Nick Nurse.

There has been plenty of leaked information – likely from Rich Paul and Klutch Sports – that Simmons likes the idea of moving to San Francisco to play for the Golden State Warriors. The Warriors elected not to make a move prior to the 2022 NBA Draft in which they had the no.7 and no.14 overall picks, as well as young assets in James Wiseman and Andrew Wiggins. Simmons’ lack of shooting would be far less of an issue when playing alongside Steph Curry and Klay Thompson and his playmaking ability would be bound to create plenty of open looks for the greatest all-time shooting backcourt. However, the Warriors don’t appear to have too many assets that would benefit the Sixers team and their current roster construction and a third team would almost certainly need to be involved to pull this deal off. Simmons is believed to want a move to California and the Warriors present the most realistic trade destination whilst also giving him the chance to be on a contender.

The departures of LaMarcus Aldridge, DeMar DeRozan and Rudy Gay signal that the San Antonio Spurs are in a rebuild and building around their young core. They have promising young talent on their roster such as Dejounte Murray, Keldon Johnson, Lonnie Walker, Devin Vassell, Tre Jones and Josh Primo, though there is the feeling that they are missing a superstar player that can put them over the top. While Simmons’ stick has dropped significantly over the last few months, there is still no doubt that he has one of the most unique skill sets in the NBA and still has the potential to grow into the main man on a contending team. The Spurs are renowned for their player development having turned stars into the likes of Kawhi Leonard, Tony Parker and Manu Ginobili over the years and could also become Greg Popovich’s main project as he enters the twilight years of his career. 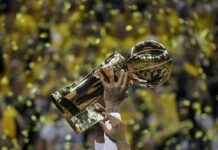 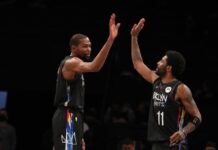 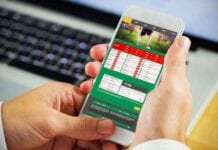 Things You Need to Know for Sports Betting in Malaysia