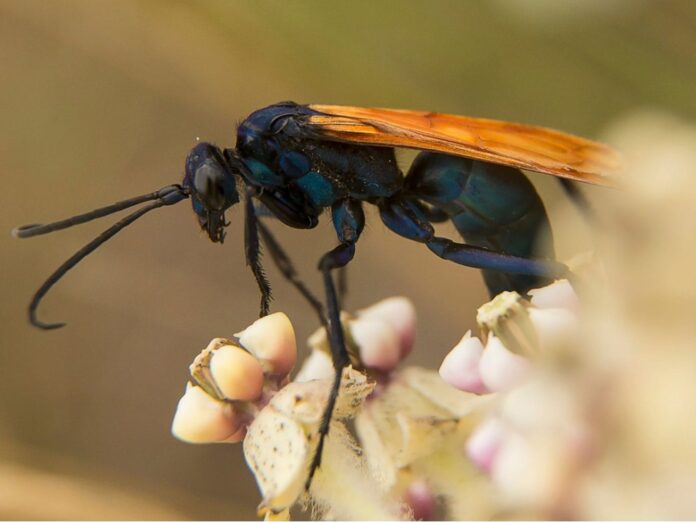 Sometimes, you might spot a dark insect feeding on the flowers that you have in your garden and you would question yourself about what kind of insect looks like that. Spider wasps are not new to gardeners because they can be found in almost every garden today and this is because they tend to prey on spiders in gardens and also consume nectar on plants. Knowing few facts about spider wasps tells you more about them. Are spider wasps beneficial to gardens? Read on and get the answers that you seek.

What Are Spider Wasps 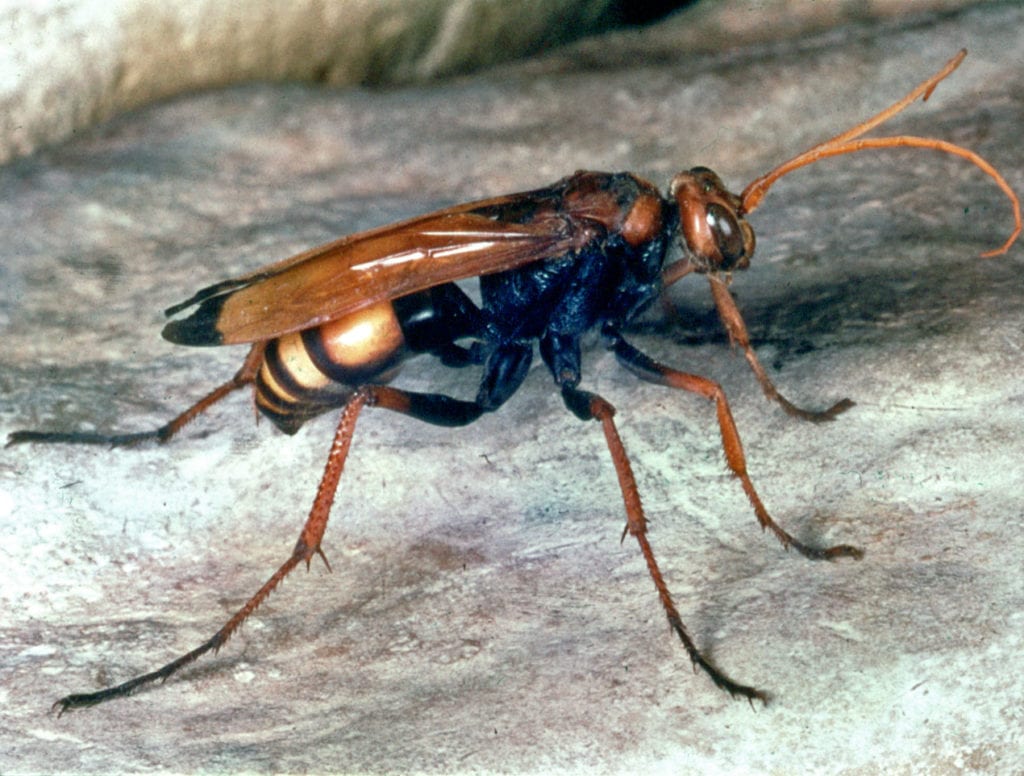 Spotting spider wasps feeding on plant nectar in your garden can be intimidating sometimes and the fact is spider wasps can also be called hornets as they are related to yellow jackets. Being dark and having long legs, having dark wings with an oil skin is the best way to describe them but you are likely to find these spider wasps on the ground when they are feeding on nectar. The fact that their female species feed on spider is the reason why they have the name spider wasps.

When a female spider wasps catches a spider, she would sting the spider therefore leaving it paralyzed and after that, she would drag it straight to its nest where she would lay eggs. This spider would be a source of food when her eggs are hatched so even though you find a spider wasp feeding on plant nectar in your garden, look closely on the ground and you might find another spider wasp dragging an already stung spider. The Tarantula Hawk is the scariest spider wasp that we have today and it grows to about two inches in length.

Interesting Read – Dealing With Weeds In Your Garden

The Tarantula Hawk is known for hunting down large spiders and where you can find this specie of spider wasp is mostly in the Southwestern part of the United States.

Are Spider Wasps Beneficial To Gardens 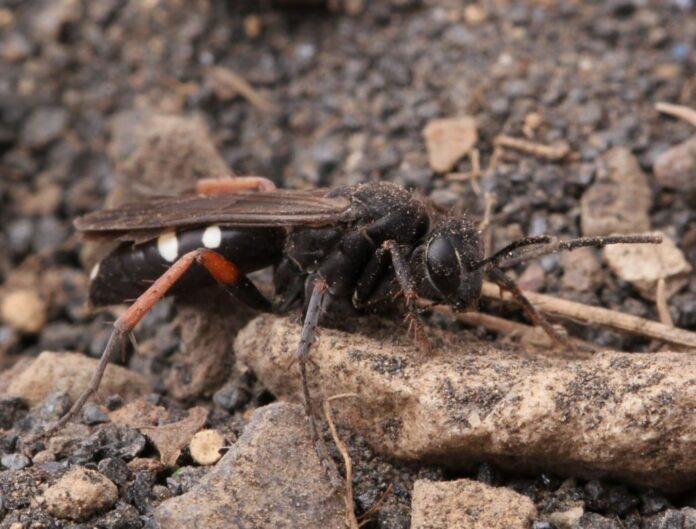 The truth is having spider wasps in your garden has its advantages and benefits likewise its disadvantages. Spider wasps can also sting humans as well and the truth is when it stings a human, the affected part tends to feel hurt a lot but if you are human and not a spider then a spider wasp should not really bother you. They might have a scary and big appearance but if you do not try to irritate them then they actually have no business with you. You are guaranteed that this hornets would not sting you if you go about your own business and let them do theirs.

This brings us to another question which gardeners have been asking a lot recently and that is if it is really necessary to start controlling spider wasps in gardens. In the classic sense, spider wasps are not garden pests instead, what they do is hunt down spiders which are actually garden pests therefore making spider wasps beneficial garden insects. Spider wasps after studying them, we realized that the kind of life they live is what we call solitary lives so there should not be any worry about having a spider wasp colony somewhere in your garden.

At the end of the day, if you truly want to control the amount of spider wasps that you have right inside your garden is simply up to you but another fact that you should have at the back of your mind is that making use of pesticides to harm spider wasps would end up harming other insects too. This is totally not a good idea because spider wasps and these other insects you might be harming might be good pollinators and also offer good service to your garden even though you might not notice it.